← back to
Damnably
Get fresh music recommendations delivered to your inbox every Friday.
We've updated our Terms of Use. You can review the changes here.

Unnatural Objects and Their Humans [remastered 2020] 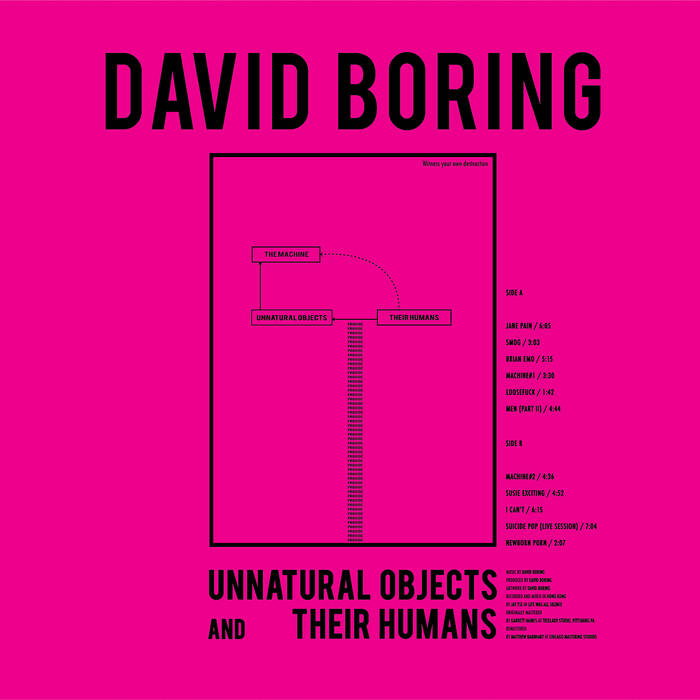 “Unnatural Objects and Their Humans” is the debut album of Hong Kong band DAVID BORING.

Originally released in April 2017, the album is structured to tell a
sequence of stories representing the oppressed young humans in this slowly decaying modern world, The album builds on three main arcs - “The Machine”, “Unnatural Objects” and “Their Humans”, that intertwine to form a 12-act piece that paints a violently nihilistic picture, mapping the band's intricate psyche in response to the gentle malice of the modern world.

Now Damnably presents a new edition of the album with an updated track list especially for vinyl, remastered by Matthew Barnhart at Chicago Mastering Services.

DAVID BORING is the acceptable face of modern morbidity. We don’t set out to entertain, instead join us for a self-indulgent celebration of inane sufferings.

Bandcamp Daily  your guide to the world of Bandcamp